The day has come for the U.S to get its own language. 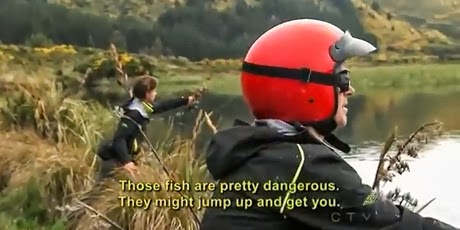 New Zealand, Australian, Irish, Scottish, and even to add insult to injury English, accents are so unintelligible to Americans that television programmes are being subtitled for the benefit of U.S audiences.


All in misspelt AmericaniSed English!


What a sad indictment English is being ripped apart by the Discovery Channel and trashy American movies.


Historically Americans have adopted the Queen’s English and then systematically set about destroying the world’s most popular language by bastardiSing ‘pigeoning’ it into the gutter.


Even words like ‘centre’ and ‘metre’ adopted from French get fucked-over by Americans.


Americans are now so far out on a linguistic limb they are unable to even grasp English’s nuances when it comes out of the mouths of another speaker.


The historic divergence from the root means Americans can’t even understand anyone else with an accent they aren't use to!


I certainly have no problem hearing what other English-speakers have to say, this is reciprocated in listeners when the words come out of my mouth, spaced vowels and all.


Television series from the U.S do not have subtitles here in New Zealand.


If the Queen’s English is increasing now a foreign language to Americans, requires drastic subtitling - why don’t they simply drop-it altogether and create their own language?


The U.S can then be stuck with backward Imperial Units and its own pigeon language which no one else cares about, similar to its myopic sporting pursuits.


If spoken English the rest of the planet uses isn’t good enough for the U.S public to grasp then stop employing it.
Stop dismantling its roots and come up with your own bloody language!


A hybrid lexicon of gangster, Hispanic, Texting and a sub-branch of bastardiSed English that is  ironically already being spoken on the streets of Crompton this very day.

Oxfam has proven itself unworthy of further N.Z taxpayer support

The background per N.Z Herald…


“Foreign Affairs Minister Murray McCully has described Oxfam claims that New Zealand has contributed only $120,000 towards the Syria crisis as "wildly irresponsible and an insult to all New Zealanders”. Oxfam UK made the claims in a study arguing what countries should have donated based on their national income and overall wealth. New Zealand came out bottom of the list of featured nations, with Oxfam saying it had committed just 1 per cent of what it should have - $120,000. The study has been reported extensively in the UK, by outlets including the BBC and New Statesman. Mr McCully said New Zealand had actually contributed $5.5 million over the past 16 months, supporting Syrian refugees in Turkey, Jordan and Lebanon, as well as those displaced in their homeland. "For Oxfam to make claims that are so fundamentally incorrect challenges their credibility. Their claims are an insult to every New Zealander on whose behalf the Government has made $5.5 million in humanitarian contributions. "These claims are even more outrageous coming from an overseas executive of an organisation whose New Zealand branch receives millions of dollars of taxpayer funding for partnership projects. I trust that Oxfam's New Zealand leadership take the trouble to correct their wayward colleague."


So to get this right Oxfam’s head-office have defamed the N.Z Government, by default all Kiwis.


Their wish-washy reasoning, I wouldn’t even call it an apology, has just gone up on their local 'mirror' web-site.


I would go as far as saying Oxfam deliberately misrepresented N.Z’s humanitarian aid program to suit their ‘bully-boy’ agenda such is the scale of their error couple with share incompetence which makes me as a taxpayer want to examine their capabilities to deliver aid with my money.


Oxfam’s N.Z branch is by default complicit via its own silence in this defamation, shown itself to be little more than an apologist puppet outpost for their imperialist masters in U.K.


Oxfam N.Z either needs to directly correct this travesty or shut-up-shop piss-off out of town and stop asking for tax-payer support.


Until Oxfam in N.Z itself apologises and not just ‘cut and pastes’ it’s head-offices propaganda the N.Z Government should (a.) stop all funding of Oxfam related projects (b.) review their charitable status (c.) check-on where the money is going to see if it is being handled competently.


Oxfam N.Z has thrown the financial assistance it gets from taxpayers back in our faces when it incorrectly told the rest of the world we are stingy pricks.


So what about Oxfam’s ‘selective at best’ research, it feels free to tell the world press is ‘gospel’ to suit its agenda?


Their Fair Share Analysis Study fails to even list say Singapore, Israel, Brunei and Taiwan etc. who are more prosperous countries on an income basis than New Zealand.


The likes of Brunei, Singapore etc. who were (conveniently?) missing off Oxfam’s Fair Share Analysis Study all have figures, flawed or other-wise, on their one source for their report - Financial Tracking Services.


They could have also reported on the generosity of even Afghanistan, Syria etc. using FTS but chose not to.


Well this tactic has now blown-up in their faces here in N.Z.


In a gross oversight Oxfam didn’t even take time to ask the relevant Governments they chose to publish/lambast to furnish their respective in-house figures for their study to cross reference with FTS revealing what a lazy, unprofessional organisation they are.


This being the case it’s time for McCully to review all of Oxfam’s partnership projects and divert future monies to some charitable group that at least appreciates it, doesn’t bite the hands that feeds.

Why do Airlines discriminate against normal sized and skinny people with a single suitcase? 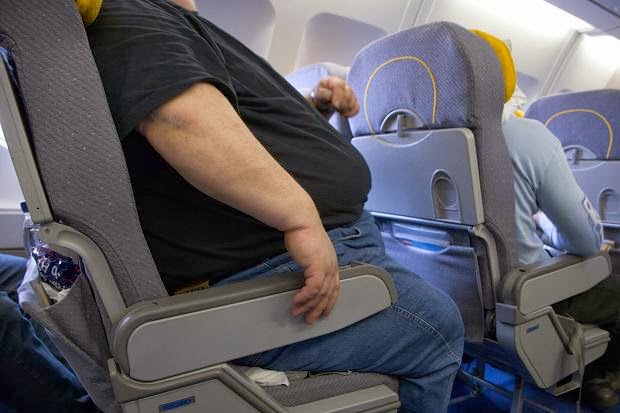 All airlines operate a cargo service in one form or another.


For decades they have charged air-freight customers on a combination of the greater of the actual weight versus the size.


A big box of feathers would be charged on the size and not the actual weight.


An infinitely fair and universal rating policy, no one sees as being ‘unjust’.


So why therefore should a 90 kilogram person be charged the same as a 150kg person when it comes to an identical passenger seat?


Why is the total kilo count of the baggage also never factored in?


Due to wooly-wofter airlines being so ‘politically correct’ they are afraid to instigate what is an infinitely and fair system of rating passengers the same as an air-freight consignment.


Go over a threshold of say 135kgs and you are charged extra.


I am being more than generous with a threshold of 135kgs being 45kgs (approx. 100lbs) more than what I ‘carry’ on a flight.


It’s hard to argue that currently normal sized and skinny customers, those that pack practically aren't subsidising other passengers given aviation fuel is the airlines largest cost.


I for one would support the first airline that instigated a fair passenger rating schedule.


The first major airline to announce a fair rating system would make a killing, spell disaster for fatty/packy friendly airlines as their most profitable clients went off to the new guys and they were left with the dross, having to be re-fuelled in-air to get to their destination.


Fatties and over-packers could moan “We won’t be using ‘that’ airline” but they invariably would be faced with higher fares that reflected the extra fuel they burn now they weren’t getting subsidised by other passengers.


Normal travellers would enjoy cheaper fares, not have to put up with obese seat-mates for 13 hours and be able to put their bags in a locker not stuffed to the gunnels with suitcases.


All in all I’m sick of being discriminated against.


Legions of fatties and over-packers deliberately being ignored at check-in counters least airlines up-set them.


I would also like to those passengers that are so obese they ‘spill’ into other seats automatically pay for two seats. No exceptions. No pissing around pandering to them.

Posted by Canterbury Atheists at 9:32 AM No comments:

Cruise Ships are destroying The Mediterranean

The new fleet of monstrous live sheeple carriers (a.k.a Cruise Ships) are little more than plague boats that infect every port they park their and their clients fat arses in.


For example the Mediterranean port township of Mykonos, permanent population of the beautiful port township itself, approx. 3,000.


The township can’t cope with a sudden influx of 3,000 waddling tourists, on-shore for a few hours to buy a tea towel, take the same mandatory photos as everyone else then go back on-board for another round of pink-gins and nightly bingo.


The share numbers of sheeple mean what is essentially a fishing village is inundated, its famous alleyways clogged.


The intrinsic nature of the place, its beauty is destroyed under the weight of numbers.


Where-ever cruise lines go they scorch the earth for other tourists.


Cruise ships as I have mentioned are little more than ‘plague ships’ and their numbers/volume of people need to be restricted.

People like me are already avoiding any destination they destroy on a daily basis.


My advice when preparing an overseas holiday is to avoid any place on the cruise-ship map.

Go inland away from the sheeple who after-all only have a maximum waddling range of 500 metres from any given drop-off point.


Look at the losers, girths and tacky dressers in this self-incriminating video fucking it up for everyone.
Posted by Canterbury Atheists at 10:02 PM No comments: 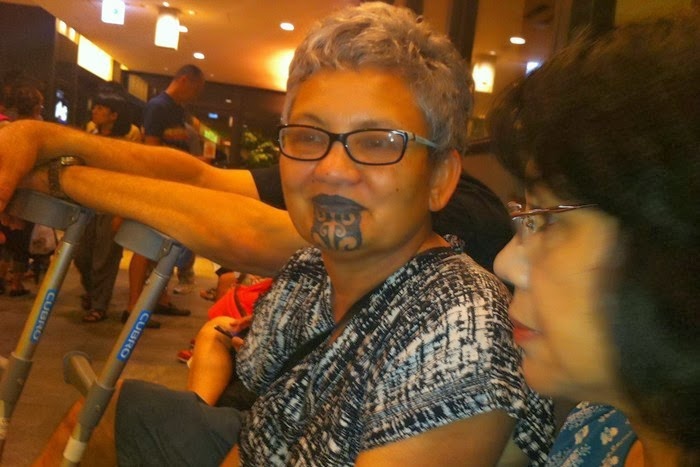 This is a mug-shot of Erana Te Haeata Brewerton, a 60-year-old Maori who was up in Japan recently on some junket.


Her facial tattoo saw her barred from a hot spring in Hokkaido and she went bleating to the media crying it was all too “culturally insensitive”.


For starters the Japan Bathhouse has the right to ban who-ever it sees fit, serve the best interests of the business, particularly the ‘bread and butter’ locals.


Secondly Ms Breweton this is Japan and not New Zealand.


You were a visitor so why not be equally sensitive to their culture?


The Japanese hate tattoos because of their criminal connotations.


They lump all tattoos together, don’t have time to run it by the N.Z Embassy.


Nor can the spas owner be expected to tell a so called ‘traditional’ tattoo from a similar one some chick got done one drunken night in Thailand.


The hot spring made the right decision not allowing you entry.


You need to wake up and accept that tattoos particularly facial ones are intimidating, globally associated with gangs.


Go to any maximum security prison and you’ll soon see the ‘customers’ are all tatted up.


Many N.Z prisoners have tattoos not too similar to your own and are equally passionate about them.


Maori criminal fraternity is all but 100% tatted-up.


Here are some examples of modern-day ta mokos equally valid to a layman as Ms Brewerons. 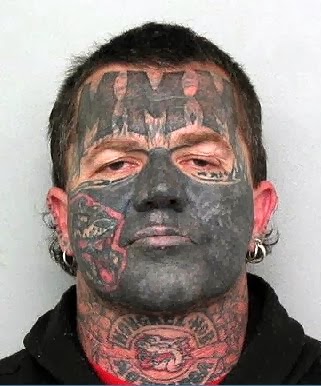 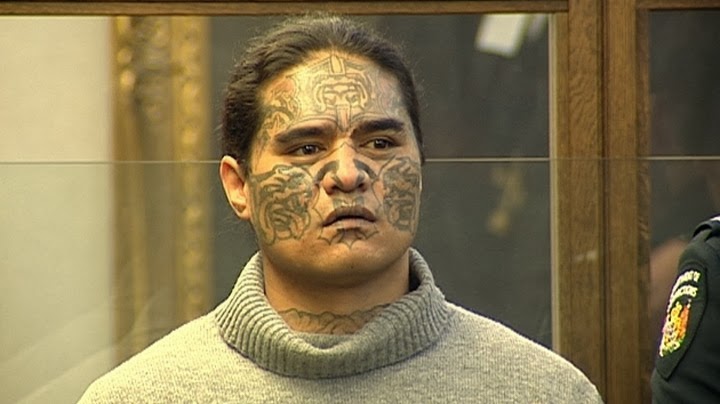 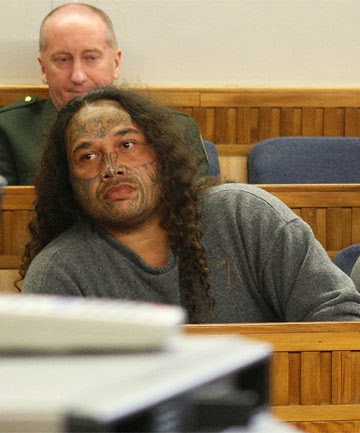 As a so called ‘leader’ and ‘ambassador’ for her culture the best thing Erana Te Haeata Brewerton could have done to disassociate herself from the underbelly of Maoridom was to not have got a tattoo in the first place.