There are some sick people on the internet.

Not just the unbalanced and paranoid but frankly (no pun as you’ll find-out intended) dangerous.

Dangerous because they attempt to inflict their warped ‘world view’ on society, care little of their view threatens the well-being of others – including vulnerable children.

Fortunately they are a minority, tend to stand out against the norm.

Those of a religious persuasion normally become priests.

The others failed teachers or work behind a desk at your local City Council.

Only a person with serious moral issues could propose that the Australian Government’s investigation into institutionalised abuse should exempt one of the main perpetrators, The Catholic Church.

A recent study said 97% of Australians in the street support their governments formation of a Royal Commission into child sexual abuse.

Nielsen who did the poll said they could not recall a poll issue ever receiving such universal support.

So who constitutes the 3% of people would be against such an investigation?

Here in New Zealand we don’t need to look far to locate the fringe-dwellers who would call for Australia to exempt The Catholic Church from being able to practice it’s age-old tradition of child-fucking.

1.) The author(s) Kereopa of the Catholic site ‘BeingFrank’ accuses the Australian Government of religious persecution! Laughable stuff. I bet his favourite sites includes one on the CIA covering up Alien invasions plus some hard core bondage to recreate those same naughty feelings he got as a 12 year old when Father Paddy stripped naked to cane his bum. Mind-you saying that Catholics do know what persecution is, since historically they have no peers.
2.) Lucia Maria, one messed-up lady, argues on N.ZConservative that priests who knew about fellow kiddy fiddlers should be exempt from reporting them to any other authority apart from their church and god. What good that will do since the majority of Catholic priests are deviates is beyond me and the other 97%. Strangely their god Yahweh and his lad JC act as silent witness’s never intervening when these cases happen. Lucia goes on to justify priests having an exemption from the civil world that reports boy buggerers by quoting her favourite non-fiction hardback ‘That was Jesus' entire mission, to set up a system whereby we can gain forgiveness and the friendship of God’.  Yep, that’s the same voyeur god and brat that I told you tacitly approves deviancy.

Kereopa and Lucia Maria are manifestations of that 3%.

Posted by Canterbury Atheists at 3:06 PM No comments:

IRELAND: YOU ARE A DISGRACE 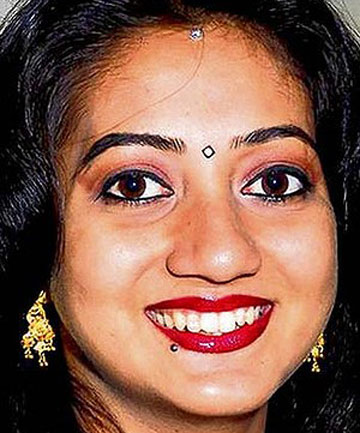 Headlines read… A young woman died of septicaemia in Ireland after Catholic doctors refused to terminate her miscarriage because abortion was against the country's law and religious beliefs. Savita Halappanavar, 31, died last month in University Hospital Galway after three days of agony, the Irish Times reported overnight (NZ time). Doctors told her she was losing her 17-week pregnancy, as her cervix had dilated and the amniotic sac had broken, and that the foetus would not survive. Her husband told the newspaper she begged for birth to be induced but was told this was not possible because the foetal heartbeat was still present "and this is a Catholic country". Praveen Halappanavar said that his wife, a Hindu, said, "I am neither Irish nor Catholic," but they said there was nothing they could do.”

The civilised world awaits your CV.

Posted by Canterbury Atheists at 1:43 PM No comments:

The Six Million Dollar Man is all but reality 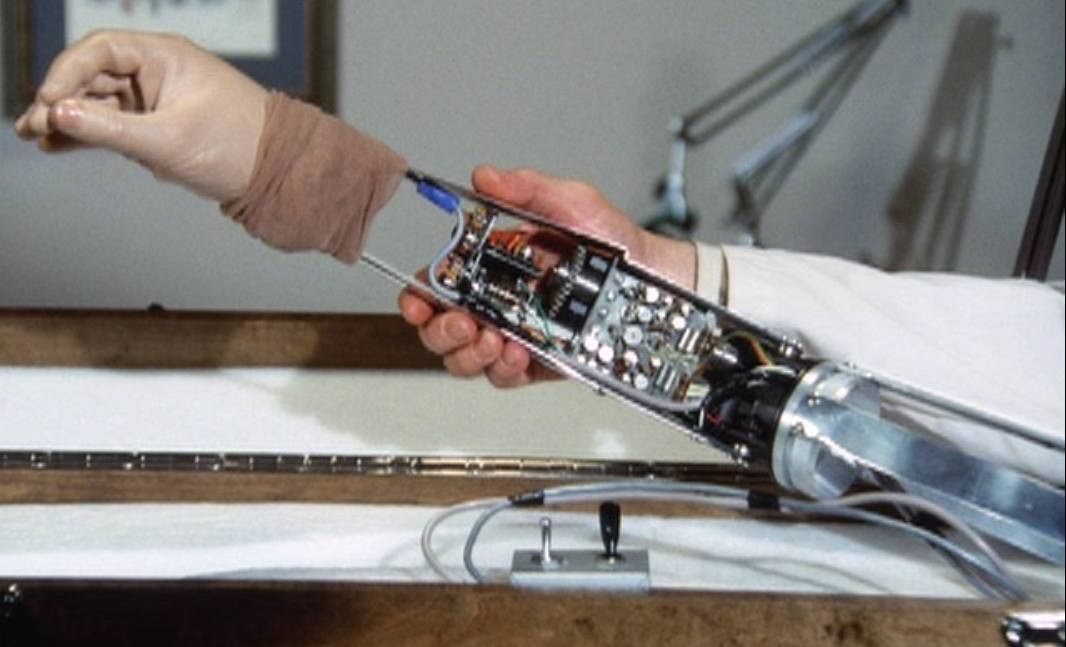 God Replacing Limbs 'Zero'
Posted by Canterbury Atheists at 9:10 AM No comments: 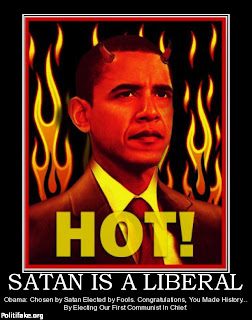 The United States of America is the world’s # 1 Christian Nation.

Far more Xians per head of population than anywhere else you can care to name.

A staggering 50% semi-literate people in this country believe in creationism, the planet we spin on is just 6,000 years old.

Clearly Yahweh the Christian’s head-honcho of choice has plenty to care about when it comes to electing a leader in his main earthly bastion.

It must therefore be apparent to all Americas Christians, that Yahweh’s providence guided more voters to ‘tick the box’ for Obama.

.
Posted by Canterbury Atheists at 8:30 AM No comments: 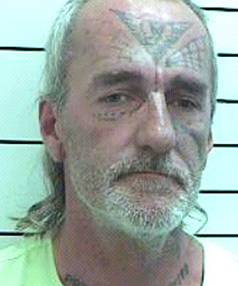 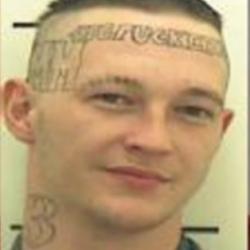 Pictured, try not to laugh, are two South Island crims currently on the run from the Kiwi coppers.

Just how far they think they are going to get being so heavily decorated with hideous facial   tattoos like these is beyond me?

My tip is the coppers should first check-out the small Westland town of Loserville.

Amongst the victims of Kiwi, David Hobbs, accused of masterminding a $58 million investment scheme recently labelled a scam by Australian authorities, was the Tongan Church -Tokaikolo 'Ia Kalaisi.

Hobbs alleged Ponzi scheme also took in pensioners on both sides of The Tasman.

But back to Auckland and the church run by Dr Liufau Saulala, who has refused requests to have the Tokaikolo church accounts independently audited to ascertain the amount of poured down the toilet by its members.

People who by & large could least afford it.

Yet rather than ‘fess-up’ to his failed get-rich scheme the audacious Dr SauIala now wants his congregation to give more to save their church from being repossessed by the bank!

This is the same guy that originally earnestly told his worshippers they needed to raise more than $1 million to invest in a scheme organised by Hobbs.

His ‘sell’ at the time was "Dr Hobbs is part of this through God and I'm really happy because he gives us all his energy to the church, he believes in this truth."

If only Saulala had have taken independent financial advice rather than listening to the faux voices in his head his church wouldn’t be in the crap.

Is any creature safe in Kaitaia?

Kaitaia at the top of N.Z isn’t a big place, mustering around 5,000, people that is.

Sheep and small animals have the sense to avoid the place with good reason.

This small rural town has more sexual deviates per head of population than a Catholic School Conference.

Three cases of men involved in a range of perversions that have made it to court in a little over a month, two with a religious twist (or should that be twisted?)

In the latest case to make the courts elder and youth leader in the Church of the Latter Day Saints, Daniel Taylor faces 17 charges, including 15 charges of indecent assault, and two of attempted unlawful sexual connection involving four boys.

His legal defence team should employ the age-old Mormon out as championed by the cults  founder Joseph Smith: “God said it was O.K and what God says when he whispers into my ear is gospel”

Mormons have a legacy of child fucking.

A whole state of America was founded so they could fuck multiple under-agers.

Eric Reid, 63, stood down as pastor of the Kaitaia Family Church after two complainants came forward with allegations the old sicko had recorded them without their consent.

The head of N.Z’s Apostolic Church Bruce Monk said the charges did not relate to members of Reid's congregation.

This is a Family Church after-all.

They have the photos to prove it.

He said, surprise, surprise Reid had resigned and the church was looking for another pastor.

"We're doing all we can to help Eric and the family so that they can work through what's been a horrible process for them all."

"It's a horrible situation but you know, we're all human and people have to deal with their frailty. And we don't like it, but it's happened and in the process we want to try and help Eric as much as we can so he can find forgiveness and work through life."

Typical ‘crisis control’ talk from Church leadership who are more interested in their man than the victims.

In the 3rd case in August James Parker, deputy principal of Kaitaia Pamapuria School, admitted 49 charges of sexual offending against boys under 16.

His want to pains to tell the world in a court statement he wasn’t a monster and that his crimes were committed against children he cared about.

I can hear him teaching his class now.

“Can anyone tell me what ‘care’ means?”

“The first one to put their hand up gets to play with Mr Wiggly after class.”

I’m going straight off to Trip Advisor to place a travel-warning.

Posted by Canterbury Atheists at 11:48 AM No comments: