Pacific Islanders in New Zealand eat too much shit and exercise too little.

The official figures released by The N.Z Ministry of Health say: 62% of Adult Pacific Islanders in New Zealand are obese.


This we all know, but no one dares state ‘the bleeding obvious’ for fear of being labelled a racist.


The excuses for this chronic and growing level of obesity amongst the predominately  Samoan, Tongan community, invariably beats around the bush.


“It’s a cultural thing to celebrate with food”


“Traditional foods are full of fat”


“We don’t understand the language”


This is all politically correct crap.


I could go to any school in Otara and ask a class of 5 year olds “Hey, troops which is healthier, an apple of an ice-cream?"


Are there no mirrors in P.I households?


I’ll say it again since it’s a bloody fact, not the ramblings of Kyle Chapman.


The Ministry of Health stats say it’s a fact, but can’t offer a solution to sorting out the epidemic because they can’t say the bleeding obvious.


Sure, it is easier for Pacific Islanders to get fat via their genetics, but that’s even more reason they should take care what to eat, more reason to get out to the gym.


An even greater reason they need to take more care what to feed their children who, shockingly, are 25 per cent obese as well.


Since all Kiwis contribute to the health system via our taxes – it’s about time we named and shamed the approximately 175,000 Pacific Islanders who are too lazy to take an interest in their own health nor, for a quarter of that grouping, that of their children.
It’s time we stopped making excuses based on ethnicity.

Attention Professor Joel Hayward: Islam is NOT beautiful but outright dangerous in the wrong hands 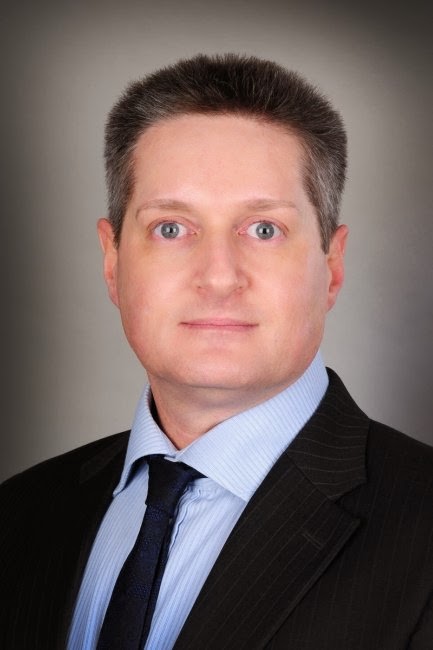 
"I can only hope that it and other cases like it will result in a more balanced and fair portrayal of Muslims and the beautiful Islamic faith in certain sections of the press in future," he said.


I have never read or heard Islam being described as ‘beautiful’ by anyone in New Zealand.


Hayward can live in the cotton-wool led, cloistered community of  academia but out there on the streets of New Zealand we all read the newspapers, scour the internet.


Kiwis see members of ‘the beautiful religion of Islam’ perpetrating crimes against innocents every day of the week.


Hayward has fuck-all chance of ‘anti-radicalisating’ his fellow Muslims.


Surely he is bright enough to see that attempts to stop ‘home grown’ Islamic terrorism has failed in every country it has been attempted?


Including his adopted home: the UAE.


All you can do is reduce and detect it, never stop it.


Well how the fuck do you think The Christchurch Press should report The Kenyan Shopping Mall Massacre?


The Boston Marathon bombs were of course another Western media beat-up.


Those limbs going left, right and centre the Jewish run Hollywood would like us believe were real and not special effects.


Similarly, the train bombings in Mumbai that killed over 200 were Hindi propaganda.


September 11th was a Jewish plot, similar to what detractors of your Holocaust thesis implied , where in a full-circle grand-irony ironically, you tried to apply the rights of an individual to free-speech in your defence.


Grow a fucking brain Professor Joel Hayward : Islam is the most violent doctrine on this planet.


Islam, the religion you, a Jew, has embraced with zeal, is the leading cause of random terror.


You may gloat over your win in the British courts, but you’ll never change the minds and hearts of Kiwi kin.


So make a poem up about that!


The “certain sections” of the media is actually the mid-set of every Kiwi you pass on the streets of your hometown, encountered in the halls of Canterbury University.


Journalists report what they see and hear.


I pity the students that have this turkey.

The Majority of Tattoos produced in New Zealand are Unsafe!

Shit, 50 per cent of the inks supplied by established manufacturers, recently tested by N.Z Ministry of Health, were non-compliant.


That’s an appalling testament to the lack of professionalism, care taken in the N.Z Tattoo industry.


It’s also an indictment against the recipient of tattoos. Don’t they care that their tattooist is using just printer ink, pumping unsafe levels of toxic metals into their body? Don’t they question, even consider the hygiene standards of their chosen tattooist?


The Government introduced new standards in 2011 through the Environmental Protection Agency which placed controls on inks and set voluntary guidelines for managing and storing tattoo materials.


Self-regulation in the N.Z Tattoo Industry is clearly not working – it’s the Wild West.


And that Ministry of Health study only went to the corner-shop tattooist, didn’t get to the back alley practitioners.


So it’s self-evident the majority of tattoos produced in New Zealand are unsafe.


Relying on personal responsibility, consumers to police hygiene standards is also not working.


And you know what?


Frankly, I don’t give a rats arse.


If you are stupid enough to get a septic tattoo, don’t care about the ramifications of tattoos on your employment opportunities, dismiss the long-term effects of dodgy ink, pick a provider with unhygienic practices, that can’t spell let alone draw – you deserve what you get.


The Government can’t protect people from their own stupidity.

Posted by Canterbury Atheists at 1:06 PM No comments:

KIWI WOMAN SO FAT SHE DIDN’T EVEN KNOW SHE WAS PREGNANT!

When your fifty-something’ wife agrees with your proposition, during a trip to Paris “the local chicks are hot” you know you have the mark of approval.


It’s not just that women from France look after their diets and exercise patterns in greater numbers than New Zealand women – they dress way better as well.


What is frightening is the large numbers of obese teenage women in New Zealand.


They don’t do themselves any favours either by covering themselves in ugly tattoos, dressing at fashion outlets, possessing a wardrobe with at least five pairs of tracksuit bottoms and donning rugby jersey’s for social occasions.


It’s got so bad around these parts that a young local Christchurch woman, Sarah Greig, didn’t even know she was pregnant until the contractions started!


Her partner – who was presumably still banging her for 8/9 months, saw her naked on the odd occasion – didn’t know she was up the duff either!


Greig claims she had no obvious pregnancy symptoms, believed her contractions to be just a bad stomach ache. Leading up-to the birth she had felt more lethargic than normal tired and surprise/surprise, had developed food cravings.


I may be a wee bit old fashioned here but some of the obvious signs one is pregnant are your period stopping and the ‘bump out front’.


Short of dressing in a kaftan, retreating to a cave how could you disguise a pregnancy?


The politically correct media have been all-over this story without actually mentioning the ‘elephant in the room’ (pun intended) nor bothered to include a full photo of Ms Greig.


At just 22 Sarah Greig must have been really, really fat.
Posted by Canterbury Atheists at 2:59 PM No comments: 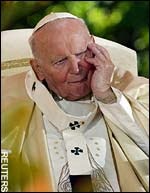 Its official The Vatican, of all places, has made the break-through in finding a cure for the degenerative disease Parkinson’s.


The cure is simple, forget what doctors have to say, just have the sufferer pray to a nominated Pope e.g. John Paul II and hey-presto all your symptoms will disappear.


Yep, this is the same John Paul who himself suffered without any miraculous interventions from Parkinson’s.


The same dottery John Paul whose obvious suffering was kept secret for as long as possible, least it scared the sheeple.


But wait this ludicrous situation goes way-off the weird scale.


John Paul II is about to be made a saint based on his purported healing powers of two Parkinson’s sufferers, one a nun, when he himself was powerless to rustle-up any magic to aid his own predicament.


Catholics in the year 2013 should be embarrassed at this medieval farce.