Gambling is not a disease or illness

To a small proportion of society gambling is addictive.

The moment you place the word ‘addictive’ in any statement it is natural to think about heroin addicts, drunks and the like.

Can gambling seriously be compared to the addictiveness of ingesting chemicals in the form of drugs and alcohol?

For starters it’s patently stupid to tell a gambler they have a disease and “it’s not your actions that are to blame but some misfortune with your make-up”.

Labelling them diseased means the gambler believes they are somehow rendered powerless.

It places all the blame on this nefarious disease or illness of which medical science has not definitive grasp of and certainly no cure.

There is no definitive study to say “having this gene makes you a gambling addict”.

The only people who call gambling an illness or a disease are those with vested interests: doctors and psychiatrists.

I myself gamble, on the horses.

In fact I lose money on the horses, yet I weigh this up with the entertainment and excitement I get from the exercise.
If gambling is a disease - by rights casual punters like me also carry a 'Malaria' type infection and simply don't not know it.
If the disease theory holds water punters like me must also have something in our systems that can resist this 'invader'?
I have yet to meet anyone who wins at the races.

Everyone, including the problem gambler is fully aware they are losing - only way less so than your average punter.

One of the major differences is a problem gambler has a far greater expectancy to win.
I want to win, I don't expect to in-fact I expect to lose.
Now reverse this mental state.

A decade or so ago having a greater expectancy to take more of the pool would have been called greed, but no-one is allowed to be so blunt nowadays.

Addictive gamblers hate others winning money they see as theirs.
I love when my fellow punters win big - it gives you hope, it's nice seeing people happy.

Couple this increased expectancy with an elevated ‘thrill of the win’ and you have addictive issues.

The problem-gambler therefore places the pleasure they derive from gambling above most of the things going-on in their lives.

Problem gamblers exhibit narcissistic traits placing their own ‘pleasure’ above the needs of even their children, love-ones, employers etc.

The adverse results of their addiction are compatible with alcohol and drugs but that’s as far as the connection goes.

Anyone who says gambling is a disease has vested interests or wants to defer the blame away from the real cause.

Oxfam is Not a Good Cause

Wealthy elites have co-opted political power to rig the rules of the economic game, undermining democracy and creating a world (Oxfam NZ Site)

I am directing this missive, not just to the Trail Walkers but to anyone who considers giving money to Oxfam.

Point One: Oxfam in New Zealand and globally is not an apolitical group.

Don’t think for a moment Oxfam is a benign neutral charity.

To further prove Oxfam (NZ) non-neutral political stand-point, their last local Executive Director (Barry Coates) departed his role just before Christmas to run for The Green Party at the next election.

At one stage Barry Coates was also chair of the Global Campaign for Climate Action.

So Oxfam in New Zealand does not exist just to feed the poor, that’s just one of their guises.

Oxfam is a political beast.

Thinking the money raised by your walk, fundraising is going to a ‘good cause’……..think again!

Tax Havens for example are something this charity campaigns on.

Ironically it’s mostly the middle class and rich Kiwi’s that support Trail Walker Oxfams cause, suckered into thinking their efforts will solely help the poor in The Pacific etc.

Oxfam campaigns locally and globally to see an end to free trade agreements, like the one between China and New Zealand that has enriched all New Zealanders.
China is New Zealand's biggest export market, yet Oxfam (N.Z) want the Government of the day to rip-up our FTA and say goodbye to 9 billion in revenue.
Oxfam also want all New Zealand business’s to pay their employees the Rev Waldegrave formatted ‘living wage’ irrespective of the economics.

Oxfam a so-called charity into helping staving millions has just issued a report that amongst other policies desires more regulations for business’s under the banner of equity and sustainability.
It could be cut and pasted straight from The Greens.

In September last year Oxfam  slandered all New Zealanders with false statements accusing the (National) Government as effectively shirking on its contributions in in Syria.

Point Two: Poor people have too many kids!

Using the Pacific as an example here’s the facts (births per 1,000 persons)

That’s right most of the families up in ‘the Islands’ are twice the size as here in N.Z.

The average GDP of a Solomon Islander is a paltry USD 3, 000.

Kiwis are subsidising the irresponsible breeding habits of our Pacific neighbours and Oxfam tries to make us all feel guilty for it, prefers instead to blame successful businessmen for not being taxed enough, when there is far easy answer.

Stop them breeding so much is the logical answer to poverty in the Pacific.

Any other efforts are literally feeding the issue, in some cases making it worse!
Samoa has the fattest people on the planet.
Tonga is a close second.

Imagine suggesting 'interfering with birth control' is a solution to the pinkos at Oxfam?

Posted by Canterbury Atheists at 1:32 PM No comments:

Smokers are simply manifesting their Suicidal Tendencies...Leave them to it 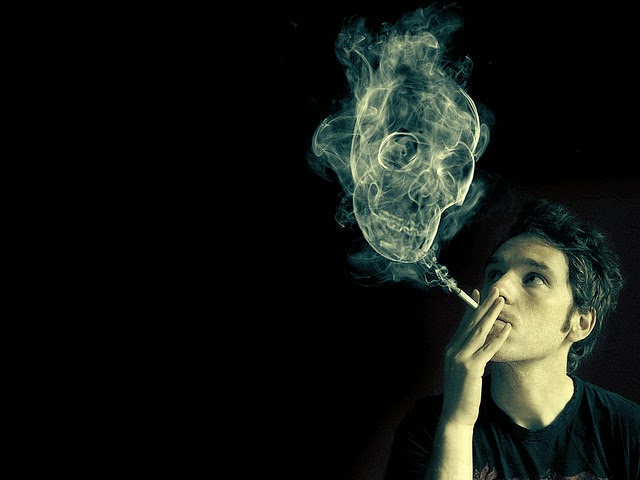 "Time takes a cigarette, puts it in your mouth" [David Bowie]

Back in 2008 the Max Planck Institute of Psychiatry in Munich highlighted the link between young smokers and suicide.  Thoughts about suicide and attempts to commit suicide were four times more frequent for German teens aged 14-24 that smoked.


In the U.S a year later Ronald Kessler and his fellow Harvard University colleagues provided data that smokers were about two or three times as likely to have thought about or attempted suicide in the past year than non-smokers. The more you smoked the more you thought about ending your life.


Suicide and Smoking are unequivocally linked.


These studies however concentrated exclusively on the act of killing oneself on the spot, rather than taking the long route via lung cancer etc.


So what about smokers who don’t take overdoses of pills, place a gun to the forehead – are they too suicidal, just too ‘chicken’ to jump off a bridge?


All smokers know they are deliberately ending their lives early, yet they are perfectly happy exchanging a shorter life for what they consider ‘a pleasure’.


Most smokers dismiss outside advice to quit the habit with the quip “You have to die some-way”.


I’m sure you’ve heard the dismissive barb before, more than once.
Is this simply a form of the philosophical doctrine of fatalism: death is inevitable so live your life to the fullest doing whatever spins your wheels?


This could be the case were it not a fact smoking is strongly linked with suicide of the immediate kind.


Similarly it’s a fact, smokers as a group end their lives earlier than non-smokers and they largely don’t care, remain almost defiantly proud of this sad stat.


For all intents every smoker is manifesting suicidal tendencies, most opting to take the long-way out.


For this demographic, if it wasn’t smokes it would be some other health impinging vice.
Posted by Canterbury Atheists at 1:42 PM 2 comments: