N.Z Prime Minister reveals he and his wife were both Victims of Catholic Bigotry 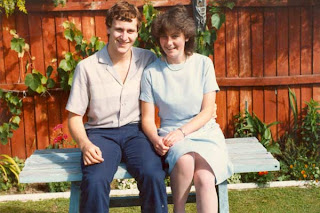 But this wasn’t possible – at least not in a Catholic Church in Christchurch, nor for that matter anywhere on this planet.

Was John a Satanist in his formative years?

In his photo above, taken around the time, he looks fairly harmless.

One of those damned-to-hell atheists, perhaps?

John Key has Jewish blood on his mothers-side.

If there’s anything more than Condoms and Gay Pride Parades that Roman Catholics hate – it’s those Christ killing Jews.

The Vatican has been systematically persecuting Jews for centuries & supporting fellow Catholic fascists to do the messy ‘manual’ work for them.

Richard Dawkins would have stood more chance than John Key getting married in a Catholic Church that’s for sure.

John and Bronagh got married in a garden instead.

Posted by Canterbury Atheists at 2:58 PM